From the preface:
Francesco Molino was undoubtedly one of the leading guitar players in the Paris of the 1820s, when the ‘guitaromanie’ was at its peak. He also published a significant body of music, for guitar solo as well as ensemble with guitar, in which musical quality is coupled with playability for the beginner or the more advanced amateur. Moreover, he recorded his thoughts on guitar playing in a number of elaborate Methods, which at the time received public as well as critical acclaim. In spite of all this, Molino is now less well known among players and scholars than other guitarists composers such as Carulli and Carcassi, to name only his famous Italian compatriots who at the time were also working in Paris; his name is even missing in the leading music encyclopedias, such as the New Grove. A study devoted to the man and his music is therefore long overdue.

In the following we will examine Molino’s biography (Ch. I), his publications and his activities as a music publisher (Ch. II), and the characteristics of his musical output (Ch. III). Next comes an analysis of his views on musical style and guitar technique, as expressed in his Methods (Ch. IV), followed by a complete inventory of his musical production (Ch. V). The book is rounded off with some Appendices in which original source texts are given as well as biographical data of the persons to which Molino dedicated his works.

The present study on the life and works of Francesco Molino could not have been written without the help of many scholars and guitarists, who graciously shared their knowledge and numerous pictures of the music in their collections: I am very much indebted to Massimo Agostinelli, Marco Bazzotti, Brian Jeffery, Kenneth Sparr and Erik Stenstadvold. Many other persons were of help with specific questions or problems: in this regard I would like to mention Mario Abril, Jelma van Amersfoort, Carlo Barone, Fernando Riscado Cordas, Tom Edskes, Christoph Jäggin, Reto Müller, Seiichi Nakazato, Oleg Timofeyev, Herman Vandecauter and Ari van Vliet. It would be going too far to thank in person all librarians who provided me with information and scans of musical works, but explicit mention should be made of the helpful staff of the Bibliothèque nationale de France. Finally I am grateful to Allan Bergmann Jensen, who was willing to publish this study, and to Marek Tabisz, who transformed my text into a beautiful book.

Order a print or digital edition from Bergmann Edition.

Two new volumes from DGA Editions are now available for pre-order. The first volume is In Search of Sagrini, written by Bernard Lewis and Robert Coldwell. The second volume is The Music of Luigi Sagrini Read more… 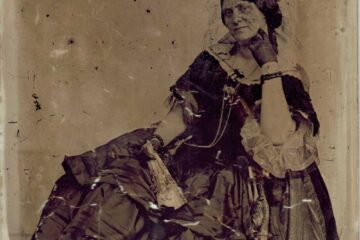 With the book “A. T. Huerta Life and Works” I wrote with Javier Suárez-Pajares in 2006 out of print (digital edition still available) and no current plans for a second edition, I will post information Read more…