Simona Boni just forwarded to me information on an international guitar meeting to be held in Modena, Italy on March 1, 2008. PDF files in English and Italian contain more details.

The program is still incomplete, but this is what has been scheduled so far:

19th century repertoire in the ‘fondo Ferrari’
by Massimo Agostinelli

Two expositions will show documents, pictures and letters and the art of lute-makers (guitars and mandolins) like Gatti, Mozzani, Gallinotti and Masetti). 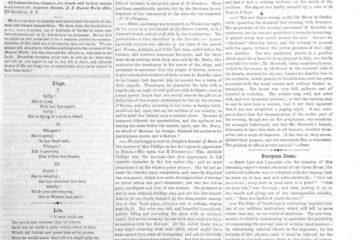 The Works of Justin Holland and Justin Minor Holland

The complete known published and unpublished compositions of Justin Holland (1819-1887) and his son Justin Minor Holland (1848-1917) are listed here.