Masami Kimura wrote articles in the 1980’s on the proper names of Mertz. This topic he would follow through the rest of his life collecting additional information when he could. Masami was a native of Sendai, Japan but lived in Chiba, Japan (east of Tokyo) for much of his adult life. It is possible he and I met while I was living in Japan 1995-97 but I don’t recall. Masami retired to Sendai and began organizing his research with a plan to publish. He contacted me many times over the years and finally I agreed to work with him in the summer of 2016. I did not realize how sick he was until later in our correspondence when he mentioned all the treatments he was receiving. At the end of November I stopped receiving replies and finally was able to get in touch with someone who knew him. I received the unfortunate news that Masami had passed away. We were still working on his book so I endeavored to follow up on his research leads and pull together all the information he was not able to gather. The result of this project was the book “Tárrega and Mertz” I published in 2018.

Masami worked very hard translating his Japanese text into both German and English. Unfortunately the English was not publishable and I had to retranslate all the text. His research was too long for an article and perhaps too narrow as a book, but I thought it was important to get it into print. Because of the very narrow scope of an article on mistaken birth and death dates of Tárrega in historical literature and the proper name of J. K. Mertz the book has not received much attention, meaning Masami’s research is still overlooked. I have decided to release the entire text of the Mertz section as a free PDF (for anyone who purchased this book and feels this free PDF reduces the value of their purchase I will compensate – please contact me).

Masami also sent me an unpublished article on the complete contents of Der Gitarrefreund. He spent many years trying to accumulate all issues of the journal and I wish he could have seen what I have been able to gather and make public in my Journals listings. I think the history of his work with Hiroshi Kawai, Jiro Nakano and others in Japan is important to share.

Sadly, after Masami passed away I was not able to determine what happened to his collection. I know he had all of Kawai’s guitar journals as well as many other materials he had collected over the years. The only contact Masami gave me did not seem to know anything about his family and no one at Gendai Guitar knew his family. I did not know anything about Masami’s personal life other than he had retired to his hometown near Sendai and lived alone during his last years. 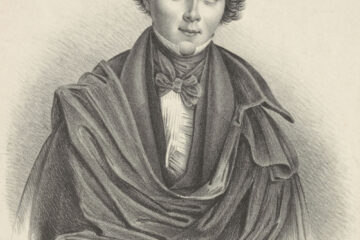